REMEMBER: CONTEST SUNDAY! BOOKS TO GIVE AWAY!!

Anyone out there like me who when faced with saccharin sweet, gooey love sometimes roots for the baddies?

Even if I'm on my own, I'm giving it up for my top Stop-Love-At-All-Costs Villains:

Okay - so admittedly Prince Philip is one of the hottest Disney heroes out there, but how can you not love Maleficent. She is awesome (rumor has it she's getting her own movie. You go girl!) 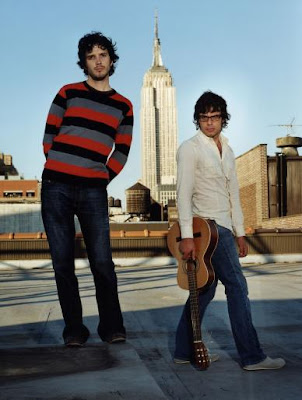 Though not villains in the strictest sense, these two are their own worst enemies when it comes to romance. From petty rivalries to wonky habits I don't think a Mrs. Flight of the Conchords is viable.

This poor lady doesn't even get a name. But how awesome is her box?! I want a box like that. And Snow White is sooooo annoying. I'd give her a poisoned apple too.

I'm Team Edward, but I still like having Jake around. Do I need to say why? Look at the picture.

He ultimately fails due to Buffy's awesome kick-ass skills, but at least he tried. Because Riley is a doof. A doof I say.

Any thorns between the roses you like to cheer on?
Posted by Andrea Cremer at 7:00 AM