I have exciting news to share! At the end of October I'm embarking on my first international tour. Thank you so much to my Italian publishers, De Agostini, and the Lucca Comics and Games Festival for inviting me to visit their beautiful country. You can find details on the festival here, where I'll be the patroness of Lucca's Halloween party! This looks to be the Halloween party of all Halloween parties, and given that Halloween is my favorite holiday I cannot wait!

If you happen to be in Italy, here is my tour schedule. I'll post more details as I have them!

Lots of good news today! But before that - don't forget that it's Banned Books Week. Here's a link to the most frequently banned/challenged books of 2001-2010. Support libraries, booksellers, teachers, authors, and readers. Read banned books!!!

First - winners of the 5K contest. Congrats to:

Second, I've been keeping some awesome news under wraps for a while and now I can share: more books are on the way!!!

Cremer Goes Steampunk for Philomel Jill Santopolo at Penguin's Philomel imprint closed a North American rights deal for two new books by Andrea Cremer, author of the imprint's bestselling Nightshade series. Santopolo acquired the titles—one is the first book in a new steampunk series and the other is a second prequel to Nightshade—from agents Richard Pine and Charlie Olsen at Inkwell Management. The steampunk series, the first book of which is called The Inventor's Secret, is set in an alternate 19th century in which the American Revolution never happened and the British rule the world. Inventor's Secret is currently scheduled for fall 2013. The Nightshade prequel, Rise, is scheduled for summer 2013. (The final book in the original Nightshade series is coming out in January 2012, and Philomel has another Nightshade prequel already scheduled for fall 2012.

Here's a rundown of my publication schedule:

Happy Autumnal Equinox (Mabon) - night will soon outpace daylight, but I love this crisp, thrilling time of year where the air is alive and summer's carefree frolicking gives way to the steady rhythms of harvest. 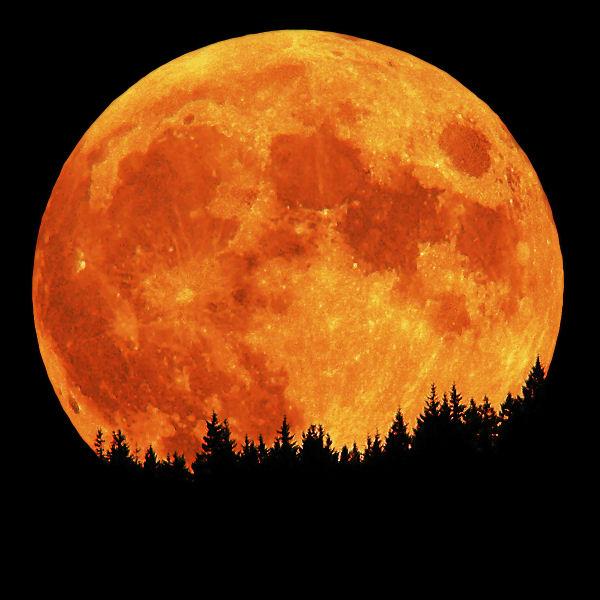 Today I passed 5,000 followers on Twitter. That's still rather mind-bending to me and I'm so excited that so many friends here and on Twitter have joined me on this writing journey. To celebrate I'm holding a 5K follower contest and giving away 5 prize packs! 5 is a special number to me at this moment - not only do I have 5,000 Twitter followers but tomorrow I celebrate 5 years of marriage to my wonderful husband! So much to be thankful for!

In addition to a signed paperback of Nightshade, the prize packs include items that inspired Nightshade: Watership Down by Richard Adams (Calla's favorite book), Sandman by Neil Gaiman (Shay's favorite graphic novel), Zum Bar Sandalwood Citrus soap (From the first time I smelled this soap I instantly knew it was reminiscent of Ren's scent), and a blank notebook so you can begin, or continue, your own writing journey.

To enter: Tell me in the comments (or in a tweet) something that inspires you, if you're leaving your entry in the blog comments be sure to include an email where I can contact you. Winners will be randomly selected on Monday, September 26 so you have through the weekend to enter.

Thank you so much for being a part of my writing life - it means so much to have you here!
Posted by Andrea Cremer at 11:01 PM 61 comments:

When asked to recite a favorite quotation, mine is always the same: "There are years that ask questions and years that answer." - Zora Neale Hurston

On a day that stands in history as a marker of both tragedy and courage, like many I'm inclined to spend some time reflecting on the last decade. Rather than make assertions about global or national states of affairs, my thoughts today are about individual experience.

2001 was a bad year in my life. I was in the middle of a three-year stint working in Indianapolis, and my mind and heart were stagnating at work. Since my teens I've struggled with chronic depression and in the second half of 2001 that condition overwhelmed all aspects of my life. I took a leave of absence from work and went home to reassess my life and try to find the sense of purpose I'd lost. From that place of emotional struggle came some of the best decisions I've made. I realized that my passion for learning needed further attention and I determined to return to school full-time in pursuit of a doctorate. I learned that depression isn't something that can be ignored, but requires healing and vigilant self care.

In 2002 I applied to graduate programs. In 2003 I moved to Minneapolis and started work on my Ph.D. Four years later I finished my degree and began a fantastic job teaching history at Macalester College in St. Paul.

But the story of finding a path to my true passions and goals didn't end there. After one year of teaching at Macalester, in early summer of 2008, I was in a horseback riding accident that left me with a broken foot and orders to stay off my feet for twelve weeks. Stuck in my house and on the couch, I decided to pursue a long-delayed dream: writing a novel.

The next summer my fabulous agents at InkWell sold my debut novel NIGHTSHADE to Penguin.

After 9/11 it felt like the world was ending, and for most of 2001 I'd felt like my own life was in ruins too. But life is always unfolding. Years to come will have answers...and there will be more questions...which brings to mind another favorite quote:

"If you're going through hell, keep going." - Winston Churchill
Posted by Andrea Cremer at 11:12 AM 13 comments: 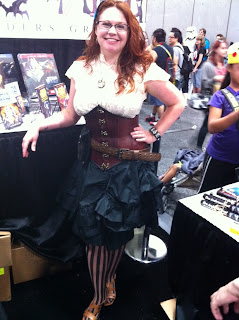