News to Leave You Breathless

As you may already know, Nightshade is one of five books Penguin selected as Breathless Reads. I've already featured two of these books, The Eternal Ones and The Replacement, on this blog and I can't wait to tell you all about Ally Condie's Matched (I'm waiting until a bit closer to the book's release date).

Now MTV is premiering the Breathless Reads trailer on their web site this Friday, October 1. You'll have to wait until Friday to see the video, but to give you a sense of what's to come here's a still from Nightshade's portion of the trailer: 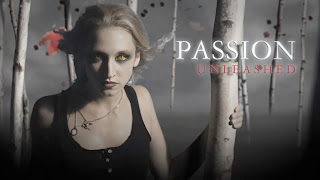 To check out the other stills from The Eternal Ones, The Replacement, and Matched visit author's web sites.
-Kirsten Miller: http://theeternalones.wordpress.com/
-Ally Condie: http://www.allysoncondie.com/
-Brenna Yovanoff: http://brennayovanoff.livejournal.com/

And you can find links to all the blogs on the Breathless Reads Tumblr: http://thepenguinfive.tumblr.com

Excerpts of all Breathless Reads titles (The Eternal Ones, The Replacement, Nightshade, Matched and Sapphique) are available for download on the Breathless Reads website (www.breathlessreads.com).

Don't forget to visit again on Friday when I'll post the link to the video!
Posted by Andrea Cremer at 5:17 PM