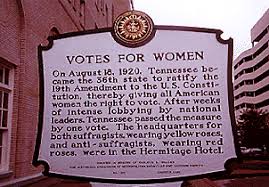 90 years ago on this day women finally gained full political access as United States citizens. That's right - today is the anniversary of the 19th amendment, which granted women the right to vote. 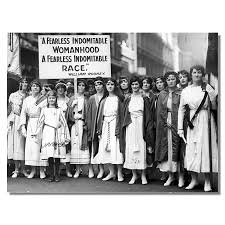 There are two things I'd like to leave you think about on this important day:

1) It should be mind boggling that it's still less than one hundred years since women have been granted equal political rights in this country. And that's just voting. Control over their own bodies, financial independence, equal rights in the workplace - those were all still well down the road when the 19th amendment was ratified. This is a landmark occasion, but it was only a milestone on a long road that we're still walking

2) With the politics of sexual equality and civil rights for LGBT Americans at the forefront of current political debates, the 19th amendment offers a spotlight on how deeply ingrained bias against change can run. When Abigail Adams pleaded with her husband to 'remember the ladies' in the construction of the U.S. constitution, John Adams responded that to do so would be to place men under a "tyranny of petticoats." If one of the "good guys" of American history had that attitude, it doesn't take much to realize what an uphill battle the struggle for equal rights was and still is. 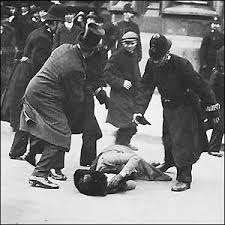 Thanks, ladies. And let's all keep fighting the good fight.